Tired of your pets damaging

furniture around the house?

Because let's be honest... our pets are wonderful, but the sound of sharp claws on the new furniture is... ...well, we know that feeling...

and we were tired of our furniture being the favourite scratch post! 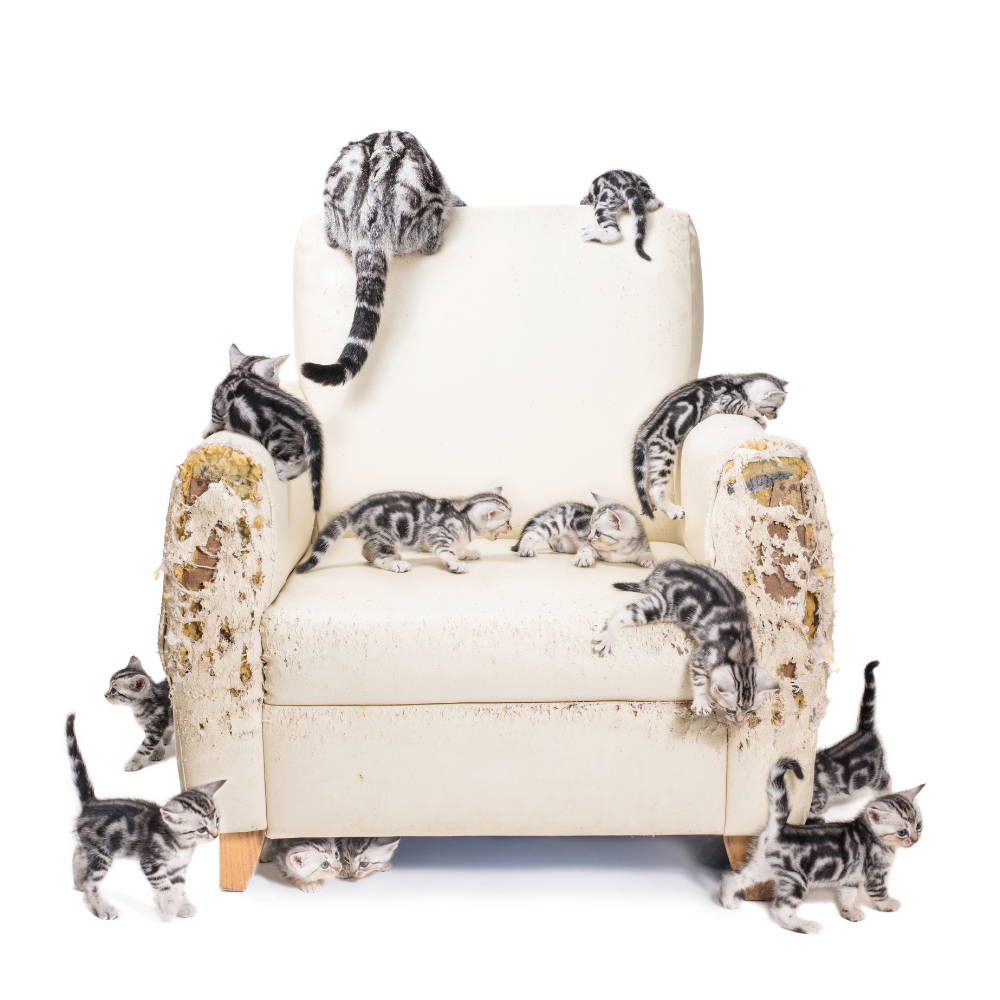 Keep your furniture scratch-free and in perfect condition with our Scratch Sticky™ protectors today.  They come in 12x18'' / 30x45cm sheets that can easily be cut down in size to fit a specific surface, and be reused all around your house! 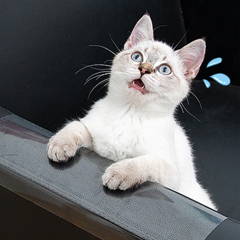 Install Scratch Sticky™ protectors where they are needed the most, and remove them with ease.

just about any surface!

The best way to

protect your furniture from claws!

"The best invention ever, they're very easy to install and very subtle.

I had to come back for another 12-pack!"

"Absolutely love this product!🥰 Super happy with my purchase!
Why I never tried this before is a mystery as I have a cat that will bypass the scratching post, and head straight for the sofa or lounge chairs."

"Love, love, love! We bought a new couch and my cat likes to scratch on it. Her nails just glide over these. She has given up on scratching the couch! 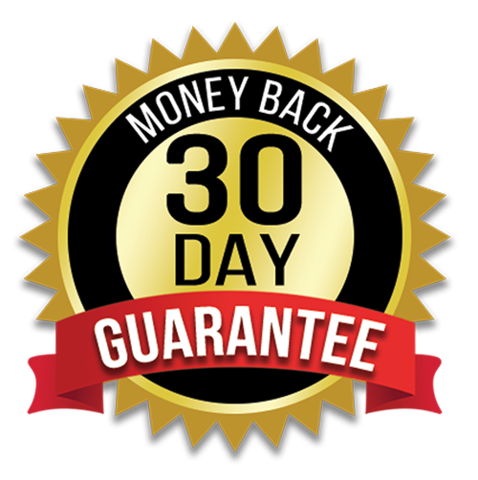 Does MarkBuddy™ come with a square to cut for holes?

Yes! MarkBuddy™ comes with the square to cut holes easily!

Does MarkBuddy™ lay flat on a surface for easy marking of angles?

Yes it does! MarkBuddy™ will lay flat on any surface.

Are the numbers printed or engraved?

The measurements are engraved into MarkBuddy™, so it will last you a lifetime!

Can I buy two or more MarkBuddy™ and connect them together?

Yes! You can attach them to each other for bigger angles and measurements.

Is there a warranty for MarkBuddy™?

Yes! We offer a 100% Money Back Guarantee. If you don't have a positive experience for any reason,  we will do whatever it takes to make you 100% satisfied with your purchase.

What are people saying about Scratch Sticky™?

These work so well! I used them with and without the little twisty tacks and they have stayed on so far. Using them for training my 8 month old kitten to use her clawing post. Seems to be working by eliminating all the places she liked to claw so she only has the clawing post left. I liked them so much I ordered another 8-pack. I must say that one 8-pack did all my dining chairs and 4 corners of an ottoman she especially liked. Just wanted to have some extra in case. Overall a great bargain and I would purchase again. 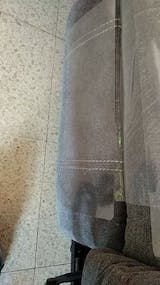 This product is great and it does exactly what it says! My 2 cats were obsessed with my new couch but after I installed the scratch sticky™ furniture protector, they ignore the couch completely. It does not look too ugly and I found it very easy to install. My only regret is not buying more. I would suggest a package with more than 8 sheets for customers with large furniture or that want to apply it in more than 1 piece of furniture. If you have a cat and nice furniture, you NEED THIS!!!!

Successfully has deterred cats from scratching the couch! Easy to install and gives you a much better coverage than 2 sided sticky tape. Easily cuts to a size you need and well worth the investment. Very happy i bought these!

These are wonderful!! Thank you Simpler-Days, you guys saved our new couch! Just bought a new sectional, at the same time I adopted two new adult cats, (great idea I know... haha). Anyways, I've had these for almost two weeks now, and they are SO simple to stick to the sofa, and the twisted pins are genius. I love these because my cats hate them! haha. They're sticky on one side, not both like I have seen on some other brands, which I prefer the one-sided stickiness so it doesn't catch lint or whatever. Theyre really thick but easy to fold around corners. I've only seen two scratch marks and one bite mark (a cat must have been curious or frustrated haha!), and nothing since then, so I know they're doing their job. They're really clear over my grey sectional fabric, but you're going to be able to see that they're there. I'd rather seem like a slightly-OCD cat owner than have my new furniture messed up! Loving these so far!! :)

I reckon my little buddy Rocky walks right by his favorite scratching spots now that these are applied. Put them on brand new couches. Easy and not very noticeable. He still has other spots (previously ruined) on old furniture. Cats will find places to scratch - put these in the “no no” spots and it works. Overall very happy with these Scratch Sticky™ Protectors!! 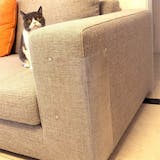 All orders are expertly packaged, prepared, and shipped within one to two days of ordering. We offer FREE shipping worldwide.

The typical delivery time frame is between 7-14 business days. Depending on your location, you may receive items much earlier.

All orders are shipped with a tracking number so you can track it every step of the way! Occasionally, packages may be faced with delays beyond our control, such as customs or postal delays.